Appearance:
Stocky with short legs and short bristly fur. Feet are splayed for moving on muddy ground. The tapir’s thick skin is dark brown to reddish brown in color, with a lighter throat and chest, short tail and long snout, and rounded ears with white edges. Babies are brown with white spots and stripes for camouflage.

Size:
Baird’s tapirs can reach a length of approximately 5 feet and weigh between 330 and 650 pounds.

Diet:
In the wild, these herbivores eats leaves and fruits, twigs, small saplings, and aquatic vegetation. They browse under story vegetation, acting as seed dispersers.

Reproduction:
Tapirs can breed at any time of year, but more commonly before the start of the rainy season. Gestation is approximately 400 days with one young born at a time. Babies weigh 15 to 25 pounds at birth and gain about 1 pound per day during their first year. Mothers are very protective of their young. After about 10 days, a young tapir can follow its mother to forage. Maternal care extends for about one year, when offspring reach nearly 2/3 adult size.

Behavior:
Tapirs are primarily solitary creatures, with the exception of mothers’ protection of their young. They are mostly nocturnal, particularly in areas where they’re hunted, but they can also be active during the day. Tapirs rest in temporary nests in the jungle or under water. They escape from predators by using their stocky bodies to crash directly through dense vegetation. Excellent swimmers, tapirs may also seek refuge under water. They will completely submerge themselves underwater with only their snout, which acts as a snorkel, protruding from the water. Tapirs also rely on water for feeding, cooling off and defecating.

Tapirs use whistle sounds to communicate.

Habitat/Range:
These animals are found in humid habitats in Mexico, throughout Central America, and in the western side of the Andes Mountains in Columbia from sea level to 11,800 feet above sea level. Baird’s tapirs can be found in habitats associated with water, including rainforests, swamps, mangroves, marshes, and flooded grasslands.

Threats in Wild:
Young tapirs are preyed upon by jaguars and pumas. Habitat loss, and to a lesser degree, hunting by humans for food are the chief threats to the tapir’s existence. Its low birth rate and long gestation period make it hard for populations to recover.

The national animal of Belize, nicknamed the “mountain cow.”
Largest of the three species of tapirs found in the Americas and is the largest land mammal found from Mexico to the southern tip of South America.
Related to odd toed ungulates like rhinoceros and horses.
Named by W.M. Baird, an American naturalist who identified it while on an expedition to Mexico in 1843. 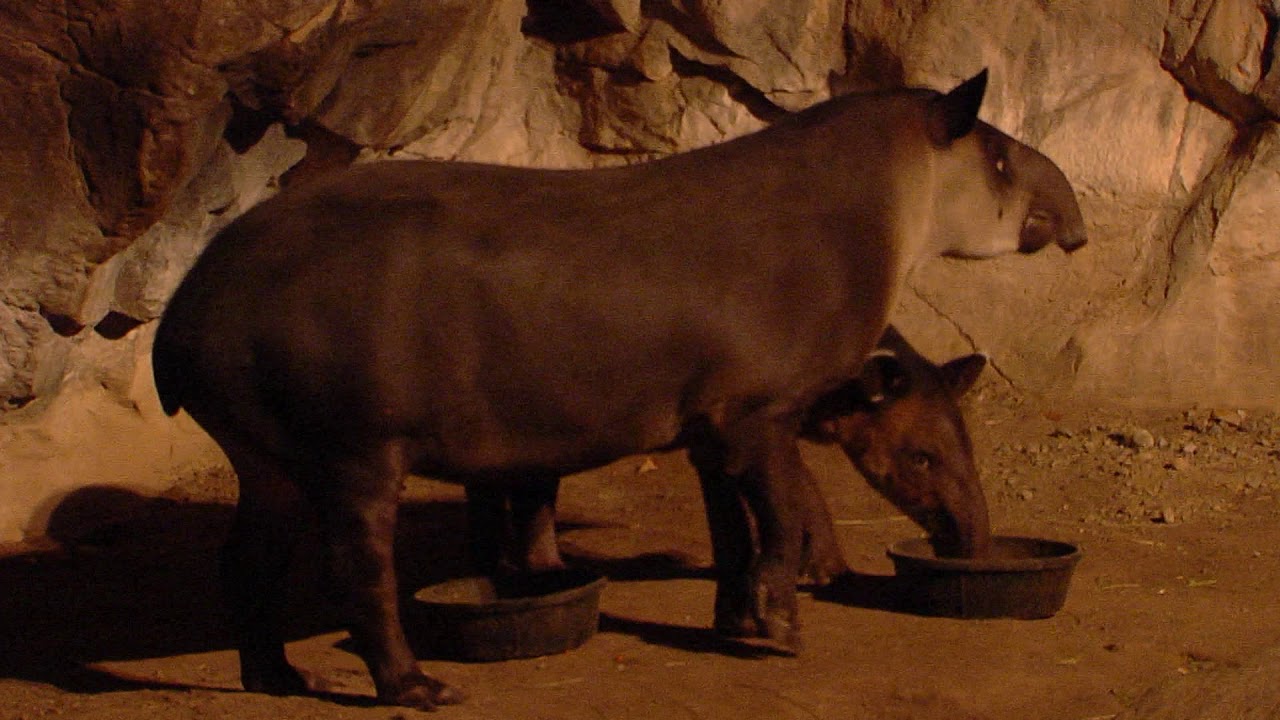