Jazz is not only a musical genre, “it’s a way of living”, so says Grace Kelly, at 20 years old, and already an accomplished sax musician/singer/composer and conductor. Grace graduated from Berklee College of Music at the age 19, having won many awards and distinctions. She’s traveled around the world playing in and leading more than 500 concerts.

In this talk Grace refers to the time when she was in Italy and met a group of musicians that she would be performing with in the evening. They spoke no English and she spoke no Italian, but using their musical connections they were able to create music together and that evening won the competition.

On another occasion Grace improvised her way through a disappointment and the path that she took eventually ended with her having the great opportunity of playing at Obama’s Inauguration Celebration.

Grace performed brilliantly multiple times on the TEDxBeaconStreet stage and in her talk she expands on the way jazz concepts can be applied to life, changing and enriching our experiences. 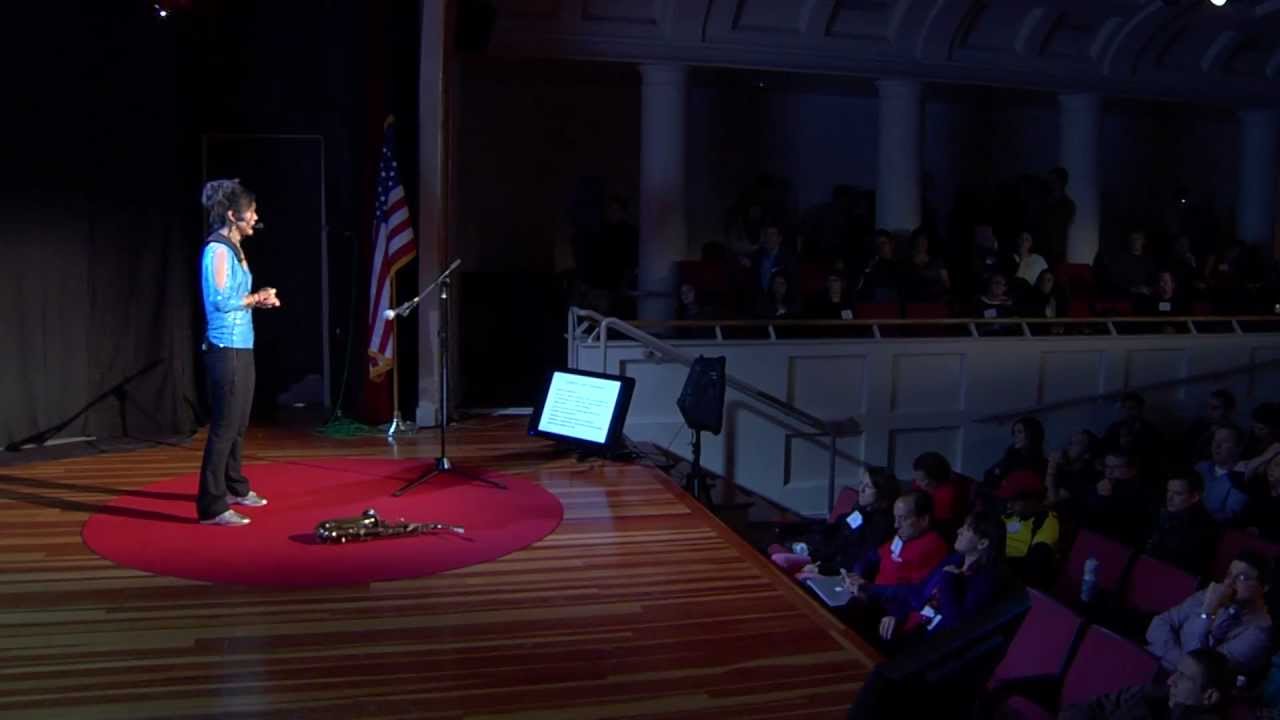 Improvise your way through life