Informed by her music background as a clarinetist, she makes a personal claim on history through the lens of a modern Black female perspective and she leads her dancers through excavations of ancestral stories, both timeless and traditional, that illustrate stories which connect history with contemporary culture. Her versatility is effortlessly demonstrated in works that range from light-hearted (Groove to Nobody’s Business; Been There, Done That) to spiritually based (New Second Line; City of Rain) and politically charged with comedic flare (Mr. TOL E. RAncE) to personal (BLACK GIRL: Linguistic Play).

In addition to performing, Ms. Brown and CABD strive to instill cultural curiosity, introspection and reflection in its audiences by providing outreach activities to students, young adults and incarcerated women from local communities in NYC and across the country. In 2014, Ms. Brown also founded two initiatives: The Gathering, an annual open forum for intergenerational Black female artists to advocate for greater cultural equity and acknowledgement in the contemporary dance world; and BLACK GIRL SPECTRUM, a multi-faceted community engagement initiative that seeks to amplify the cultural and creative empowerment of Black girls and women through dance, dialogue, and popular education tools. Ms. Brown was featured on the August 2015 cover of Dance Teacher Magazine and Co-Directed (with Moncell Durden) a new program at The Jacob’s Pillow School, Social Dances: Jazz to Hip-Hop.

From 2001-2007, Ms. Brown was a member of Ronald K. Brown’s Evidence, A Dance Company, and was a guest artist with Rennie Harris’ Puremovement, and Alvin Ailey American Dance Theater (2008 and 2011). She has commissioned works for Alvin Ailey American Dance Theater, Philadanco!, Urban Bush Women, Complexions, Ailey II, Ballet Memphis, and Hubbard Street II, among others.

Currently, Ms. Brown is developing a new piece with the working title “ink.” The concept for “ink” seeks to use lyricism as its fabric to de-code “Illmatic” by the Queens-born hip-hop icon Nas, as well as the music of KRS 1 and Lauryn Hill, and engage audiences around the topics of race, politics, gender and cultural identity.

Ms. Brown is a graduate of the LaGuardia High School of the Performing Arts and received a B.F.A. from the University of North Carolina School of the Arts.

TEDxBeaconStreet Talks by Camille A. Brown 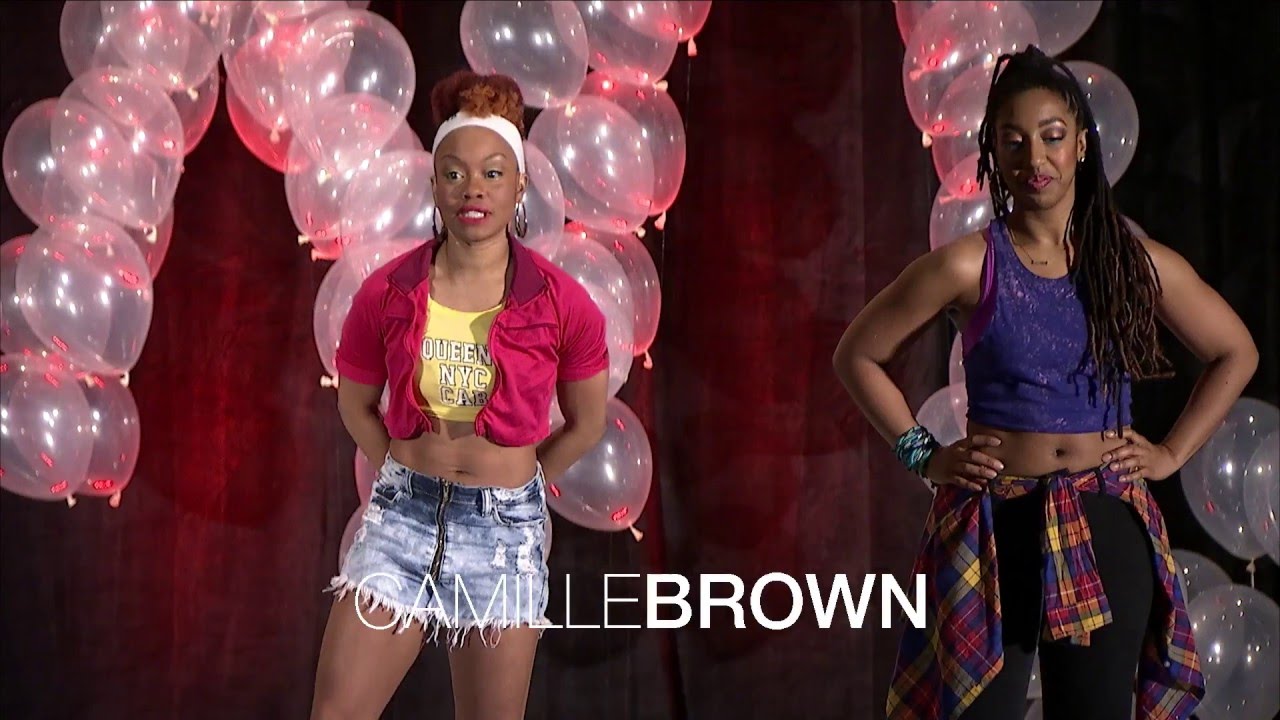